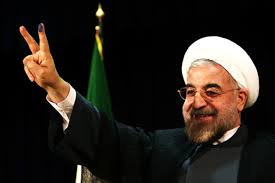 Some countries just can’t catch a break. Blinded by the bright hot lights of international scrutiny, a flock of black sheep within the family of nations is losing its way, repeatedly roaming on to the world’s headlines – for all the wrong reasons.

A point of critical mass has been reached, where the negative images invoked by such words as ‘Iran’, ‘Syria’, ‘North Korea’ – to name but three – are actually causing a well-meaning but misguided international community to question the very legitimacy of certain governments.
Outrageous.

To counter the bad press, a rebranding is in order. But first the world’s tin pan tyrants and impotent governments need to acknowledge that their brand is no longer achieving the desired result (carte blanche to rape and pillage domestically; traffic in death, drugs and other assorted mayhem internationally).

Then, the goal should be to try and revive the brand with a new look and feel.

Luckily for the neighborhood bullies in our midst, we live in an age transformed by globalization. While most ‘rogue’ (how gauche) nations remain hopelessly analog in a world gone digital, the secret to winning over hearts and minds is in adopting a web 2.0 mindset.

Branding in an online environment has a much shorter time frame than branding through traditional media. With the world’s digitized attention span shrinking to the size of a goldfish, the news moves quickly – and is quickly forgotten.

With a splash of color and catchy new name, there’s no reason to believe that today’s D-list countries can’t reclaim the narrative. Below, are a list of suggested rebranding strategies that are guaranteed to change perceptions, repair relations and keep those pesky United Nations weapons inspectors away.

The Name Game: ‘Islamic Republic of Iran’ conjures up a set of visceral images: wild-eyed Mullahs, foreign embassies being stormed, public hangings, etc. A slight tweaking of the name will serve to lessen such hard-wired knee-jerk associations.

Ladies and gentlemen, welcome to the ‘Islamic Republic of Fred‘. Far-fetched, you say? History begs to differ: ‘Iran’ is little more than a rebranding of what was once called ‘Persia’.

Maximize your Motto: Many countries around the world use mottos to express the characteristics or beliefs that define their citizens In our dusty and dangerous neighborhood, a well-worded motto can go a long way to diffuse tensions.

Admittedly,Palestine isn’t a country per se, at least not yet. Still, if it is to become one, a proactive public relations campaign will go far in changing the image of Ramallah as corrupt, ineffective and unresponsive to the needs of the Palestinian people.

In the Nick of Time: Some countries have such a toxic relationship with Reuters, AP, Bloomberg and other leading international news agencies that nothing less than a complete name replacement will suffice. Many nations already have nicknames (Australia: ‘The Lucky Country’, Chile: ‘The Land of Poets’).

Israel, for one, is a country that suffers from chronically negative press coverage and could use a good nickname that would emphasize its geographic insignificance, hence taking back the ‘David versus Goliath’ narrative away from the Palestinians.

Try this one on for size: ‘Israel: ‘The Little Big Heart of the Middle East’. Another possibility is: ‘Israel: God’s Little Rascal.’

Color Me Nice: There’s no denying that color and mood are inextricably linked. Color has long been used to create feelings of coziness or spaciousness. Color selection is a key component of any rebranding campaign. Colors will evoke certain emotions and feelings towards a brand so it is vital to choose a color that represents a country’s identity effectively.

Another country in need of a makeover is the Syrian Arab Republic, which has garnered its disproportionate share of media coverage in recent months. Now, close your eyes and imagine a lost weekend with that special someone in the ‘Arab Republic of Midnight Blue’.

Glory Days: Not all countries that could benefit from being rebranded are necessarily state sponsors of terrorism. The 2008 global financial crisis is considered by many economists to be the worst financial downturn since the Great Depression of the 1930s and has pushed many countries to the brink of the economic abyss.

Still, there’s a lot more to the Kingdom of Spain than a 25% unemployment. Doesn’t the Kingdom of Penelope Cruz sound more inviting? By accentuating the positive and ignoring the negative, the perception, if not reality, of a recovery will be strengthened.

Storyboarding a Better Tomorrow: None of the above suggestions will make the world a better place. In fact, if successfully implemented, rebranded countries will be able to whitewash their dirty laundry with impunity.

However, by paying attention to public opinion ‘maverick’ nations will be able counteract nasty accusations of human rights violations by simply changing what the world focuses on.

With attention spans shrinking, a rebranding is as easy as…oh, look a squirrel!