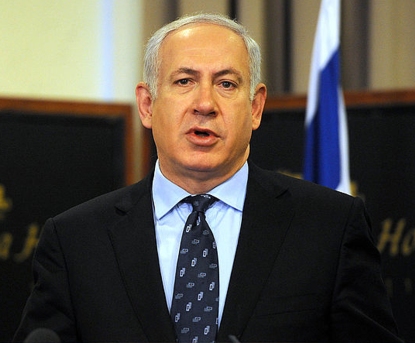 The consensus, both within Israel and abroad, is that Prime Minister Benjamin Netanyahu snatched an electoral victory from the jaws of imminent defeat by both resorting to race baiting and burying the idea of a two-state solution.

Problem is, not one of the Israeli premier’s many detractors can cite a single scintilla of hard evidence connecting certain statements expressed in the heat of a high stakes race to voter behavior at the ballot box.

While words have the power to move people, anything uttered by an Israeli politician in the days leading up to Election Day should probably be dismissed as good old-fashioned electioneering.

Moreover, for all we know, a few other statements by leading Israeli politicians may have had as much, if not more, to do with the Likud party’s decisive victory on Tuesday.

On March 11, Zionist Camp leader Isaac Herzog said in a televised interview that he does “not rule out” allowing MK Ahmed Tibi of the United Arab List to become a member of the Knesset’s highly sensitive Foreign Affairs and Defense Committee.

Tibi is a former adviser to Yasser Arafat, the chairman of the Palestine Liberation Organization, president of the Palestinian National Authority and father of modern terrorism. Arafat dedicated the majority of his life to destroying the state of Israel by launching thousands of terrorist attacks against Israeli citizens.

In addition, Tibi is a frequent advocate of “martyrdom” by Arab terrorists and has a well-documented history of inciting violence by Arabs.

Zionist Camp MK Stav Shaffir has been quoted as saying that Israel’s national anthem is racist.

Merav Michaeli, who appeared ninth on the Zionist Camp list, told a soldier during an Israeli Army Radio interview that mothers should not send their sons to the army as long as the occupation of the West Bank continues.

Twenty-third on the Zionist Camp slate of candidates was Yossi Yona, who somewhat ironically doesn’t “connect to this word, Zionism. It doesn’t express who I am.” In addition, Yona, apparently in the true spirit of Jewish-Arab coexistence, has asserted, “Yom Hashoah [Holocaust Remembrance Day] and Nakba Day [Day of Catastrophe marked by anti-Israel Arabs on Israeli Independence Day] should be on the same day.”

When uttered, the above statements barely registered on any of the leading news media outlets. Yet when Netanyahu issued a video message warning, “The right-wing government is in danger. Arab voters are going en masse to the polls. Left-wing NGOs are bringing them on buses,” he was derided around the world for having fundamentally transformed the Likud Party from a center-right party to a far-right one.

Would the palpable sense of moral indignation expressed by the media elite have been as acute had Netanyahu failed to unite Israeli citizens at the ballot box?

Ultimately, a politically well-informed Israeli public weighed one set of statements and policy proposals against another. After much questioning, prodding and soul searching, the people spoke in unison on March 18: status quo is the order of the day.

However, the frenzied reaction by many denizens of the chattering class to the apparent ascent of a fourth Netanyahu term goes way beyond a legitimate critique of a savvy politician’s words and actions.

To accuse Netanyahu of playing on Israeli racism and hatred is to assume that Israeli society is essentially comprised of closeted bigots.

To interpret Netanyahu’s victory as being a disaster for Jews everywhere who favor making peace with the Palestinians is not a rational evaluation of the Israeli election results.

Rather, it delegitimizes the democratic process that has returned Benjamin Netanyahu to power.

Pragmatic to a fault, most Israelis, on the left and right side of the political spectrum, have decided to table the idea of a peace deal with the Palestinian Authority for the next few years.

This is not due to a waning desire for peace, or at least quiet: this is the result of a complete loss of faith in the P.A.’s ability to negotiate effectively with Israel on all final status issues.

By smearing Netanyahu’s victory as the Original Sin that will lead to Israel’s international isolation, progressive elites have done a great disservice to the over four million Israeli men and women who cast their ballots on Tuesday.

By exercising their right to vote in an open electoral process, Israelis from every political stripe and religious background ensured that their country remains strong and secure, while all the while advancing the values of democracy, peace, and pluralism.

Read other articles by Gidon Ben-Zvi that have been published by United with Israel.