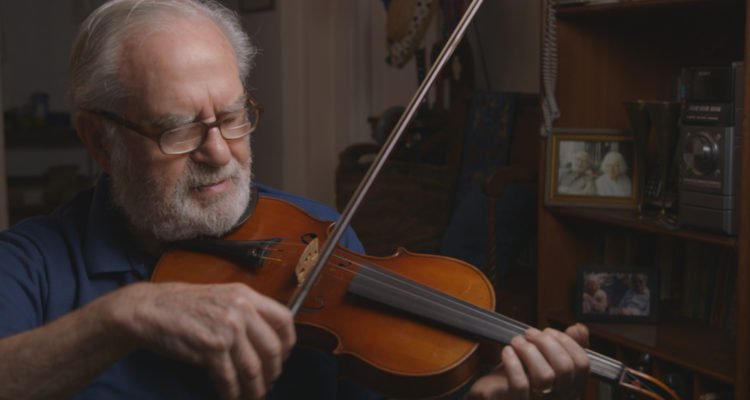 Who Killed the Holocaust?

By Harry Ben-Zvi and Gidon Ben-Zvi
Ever dream of winning an Academy Award? It’s quite easy, actually: brush up on your Holocaust history. Case in point: out of seven nominated Holocaust feature documentaries in 2014, six won an Oscar. However, Holocaust fatigue may be setting in. At the 89th Academy Awards, Joe’s Violin, a short documentary about how a donated musical instrument forges an improbable friendship between a 91-year-old Holocaust survivor and a 12-year-old Bronx school girl, lost out to The White Helmets, a film that follows the daily operations of a group of volunteer rescue workers of the Syrian Civil Defense.
So, while it remains to be seen whether the Holocaust has lost its luster around Hollywood, it is increasingly being recruited to promote a series of progressive causes.
Indeed, institutionalized Holocaust remembrance in the United States has devolved into an appendage of the Democratic Party. Steven Goldstein and Jonathan Greenblatt represent a fresh crop of progressive political activists charged with preserving the memory of those eviscerated by the Final Solution. Yet, their professional resumes are curiously devoid of much in the way of traditional cultural Jewish experience or even training.
As a result of the politicization of the Holocaust and anti-Semitism, the universal lessons to be learned from what Hannah Arendt famously described as the banality of evil have been coopted by party hacks looking to score political points.
In January, Anne Frank Center for Mutual Respect Executive Director Steven Goldstein released a scathing statement calling upon then President-elect Donald Trump to apologize for comparing the United States to Nazi Germany.
Then, several American Jewish groups lambasted the White House after it had released a statement to mark International Holocaust Remembrance Day that did not mention Jews or anti-Semitism.
According to Anti-Defamation League (ADL) CEO Jonathan Greenblatt, Trump’s statement
“misses that it was six-million Jews who perished, not just ‘innocent people.'”
In response, White House officials said they had intended to highlight the fact that the Nazis had many victims, not just Jews.
Though the genocidal singularity of the Holocaust makes it unique, are its lessons not applicable to the entirety of humankind?
In short, Goldstein, Greenblatt and leaders of other Jewish organizations in the United States cynically whipped up a tempest in a teapot.
After all, how many times has the Anne Frank Center for Mutual Respect or ADL publicly voiced their outrage at Donald Trump repeatedly being compared to Adolf Hitler? Where were these morally pristine organizations when comedian and devoted Democrat Sarah Silverman went on to a late night talk show dressed like the Fuhrer?
Similarly puzzling is the progressives’ Pavlovian response of equating the demise of statist, socialist political parties across Europe with the rise of Nazism in the 1930s. Such an analogy is about as ludicrous as comparing today’s Democratic Party to Joseph Stalin or Pol Pot simply because all three happen to be politically left of center.
The Left has even gone so far as to lift Holocaust verbiage and twist it in order to subliminally promote progressive ideology. For example, “Climate Change Denier” is the new “Holocaust Denier.” How intellectually nefarious is this, the implication that anyone who may have a few unanswered questions about the veracity of climate change is somehow on the same moral footing as those who deny the Holocaust.
As a result of this rebranding of the Holocaust, an increasing amount of people today remember the destruction of European Jewry, but without mourning or learning from its cataclysmic horrors. Academics, A-list celebrities and donors in search of a legacy have transformed Holocaust remembrance from a somber, reflective and important exercise in soul searching into the ultimate humblebrag, using the death of six-million Jewish men, women and children to draw attention to their own moral purity.
Unfortunately, progressive American Jewry isn’t alone in politicizing suffering. The state of Israel is guilty of the same crime. Why is every gentile political leader and celebrity who visits the Jewish homeland paraded to Yad Vashem, Israel’s major Holocaust Museum? The message that’s conveyed is that the primary justification for the existence of the modern Jewish state is the Holocaust, as if the Jewish people’s religious, cultural, historic and linguistic connections to the land are inconvenient truths that will chip away at the victim narrative.
On April 23, Israel will be commemorating the approximately six million Jews who perished in the Holocaust and also remember the many acts of Jewish resistance that occurred during this, the darkest period of our people’s history.
One can only hope that between sundowns on Sunday, April 23 and Monday, April 24 a simple sense of humility will compel America’s hyperpoliticized Jewish leadership to refrain from using Yom HaShoah as an opportunity to delegitimize the administration of a sitting President of the United States.
Instead, organizations and prominent public figures may want to consider channeling their energies toward the focus of evil in the modern world, Syria.
The White Helmets documentary that took home this year’s Oscar follows a group of indomitable first responders as they risk their lives to rescue victims from the rubble as daily airstrikes pound civilian targets. Unfortunately, even their Herculean efforts are insufficient against Syrian President Bashar al-Assad’s killing machine.
As I write this, the story leading every major news agency is the revelation of chemical warfare being used by this mass murderer against scores of civilians, including many women and children.
What ever happened to ‘never again’?
Check out other stories by Gidon Ben-Zvi that have been published by World Israel News.

One thought on “Who Killed the Holocaust?”